Homepage
Blog
The Impact of Tesla on the Auto Industry: How It's Changing the Game 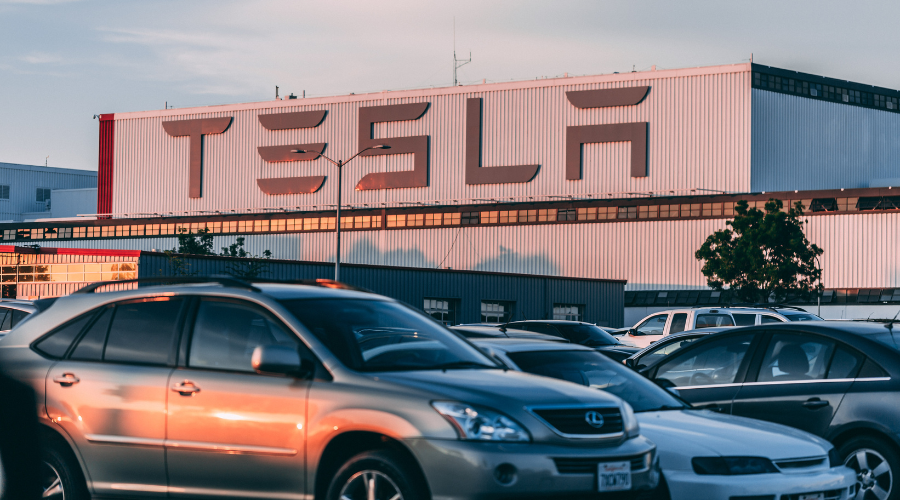 The Impact of Tesla on the Auto Industry: How It’s Changing the Game

In recent years, Tesla has become one of the most valuable companies in the world and has disrupted the traditional automotive industry in numerous ways. From electric powertrains to advanced battery technology, Tesla has pushed the boundaries of what is possible with electric vehicles and sustainable energy solutions. In this blog, we will take a look at the impact of Tesla on the auto industry, including how the company has changed the game in terms of innovation, business models, and sustainability.

We will also examine the challenges and criticisms that Tesla has faced, as well as its continued efforts to push the boundaries of what is possible in the industry. Whether you’re a car enthusiast, an investor, or simply someone interested in sustainable energy solutions, this blog will provide an in-depth look at the impact of Tesla on the auto industry and how it’s changing the game.

A Brief History of Tesla

Tesla, Inc. is an American multinational corporation that specializes in electric vehicles, energy storage, and renewable energy. The company was founded in 2003 by a group of engineers who wanted to prove that electric cars could be better than gasoline-powered cars. The company was initially founded by Martin Eberhard and Marc Tarpenning, but Elon Musk later joined as an investor and eventually became the CEO of the company.

The company’s first car, the Tesla Roadster, was released in 2008. This car was unique because it was the first highway-capable electric car for sale in the United States. The Roadster was based on the Lotus Elise, and it had a range of 245 miles per charge. The Roadster was not a commercial success, but it was an important proof of concept for the company.

In 2012, Tesla released the Model S, which was an all-electric luxury sedan. The Model S was a major breakthrough for the company, as it was the first car that was designed and built entirely by Tesla. The Model S was a huge commercial success, and it quickly became one of the best-selling electric cars in the world.

In 2015, Tesla released the Model X, which was an all-electric SUV. The Model X was unique because it featured falcon-wing doors and a large front windshield. The Model X was not as successful as the Model S, but it was still a popular car.

In 2017, Tesla released the Model 3, which was a more affordable all-electric sedan. The Model 3 was designed to be a more affordable car, and it quickly became the best-selling electric car in the world. Today, Tesla is one of the most valuable companies in the world and is leading the way in the transition to sustainable energy. The company has continued to innovate and improve its vehicles and technology, such as the Cybertruck and the solar roof tiles, and the company continues to make significant investments in renewable energy resources, such as battery and solar power.

Impact of Tesla: Innovations and Tech Advancements Over the Years

Tesla has been at the forefront of innovation in the automotive industry. One of their key innovations is the development of electric powertrains, which have led to the production of some of the most efficient and high-performance electric vehicles on the market. The company’s electric powertrain technology is based on a three-phase four-pole AC induction motor, which is more efficient than traditional DC motors. This technology allows Tesla’s vehicles to have a higher power density, which results in better performance and range.

Tesla has also developed advanced battery technology, which has allowed for longer driving ranges and faster charging times. The company has invested heavily in battery research and development, which has led to the production of batteries that have a longer life and higher energy density. This technology has allowed Tesla’s vehicles to have a range of over 300 miles on a single charge, and the company has also developed its own Supercharger network, which allows for fast charging of their vehicles.

In addition, the company has made significant advancements in autonomous driving technology, with the goal of creating fully self-driving cars. Tesla vehicles come with the Autopilot system, which allows for semi-autonomous driving. The Autopilot system uses a combination of cameras, radar, ultrasonic sensors, and GPS to provide the car with a 360-degree view of its surroundings. The company is also working on developing fully autonomous driving technology, which would allow the car to drive itself without the need for any human input.

Tesla has also been innovating in other areas such as over-the-air updates, which allows the company to push software updates to the vehicles remotely, adding new features, fixing bugs and enhancing the overall performance. In addition, the company has been experimenting with virtual reality technology to allow customers to explore and customize their vehicles before buying them.

How Tesla has Disrupted the Traditional Auto Business Model

Tesla has disrupted the traditional automotive business model in a number of ways. One of the most significant ways is by selling their vehicles directly to consumers, bypassing the traditional dealership model. This has allowed the company to cut costs and pass on the savings to consumers. By not having to deal with the overhead costs associated with traditional dealerships, Tesla is able to offer their vehicles at a lower price point and still maintain a healthy profit margin.

By allowing customers to purchase and customize their vehicles directly on their website, Tesla has made their car-buying experience much more efficient and streamlined. This has eliminated the need for the traditional negotiation process, which can be time-consuming and frustrating for customers.

Tesla has also disrupted the traditional car manufacturing model by using a vertical integration strategy, where the company designs, manufactures, and sells its own vehicles. This has allowed Tesla to have more control over the entire manufacturing process and to respond more quickly to changes in consumer preferences and market conditions.

Furthermore, Tesla has disrupted the traditional sales and marketing model by heavily relying on online marketing, social media, and word of mouth to promote its vehicles, rather than traditional advertising methods such as television and print. Tesla’s marketing team understands today’s consumer and how they prefer to shop and research products and services. This has allowed the company to reach a wider audience and to build a loyal customer base.

Tesla’s approach to vehicle service and maintenance is also different from the traditional auto industry. Tesla has developed a network of service centers and mobile service vans to make it easier for customers to get their vehicles serviced. They also have a very transparent and open-communication approach towards their customers, with a proactive approach to troubleshoot and fix issues before the customers bring it to their attention.

Despite its many successes, Tesla has faced a number of challenges and criticisms. One of the main criticisms is that the company’s vehicles are still relatively expensive, which makes them less accessible to many consumers. The high cost of Tesla’s vehicles has been a barrier for many people who are interested in electric vehicles, but cannot afford them. However, Tesla has been working to make their vehicles more affordable by introducing more affordable models such as the Model 3 and Model Y.

Another major challenge that Tesla has faced is production and delivery delays. The company has struggled to ramp up production to meet the high demand for its vehicles, which has led to delays in delivering vehicles to customers. These delays have caused frustration among customers and have damaged Tesla’s reputation for reliability.

In addition, Tesla has faced criticism for its controversial business practices and statements made by its CEO Elon Musk, which have led to legal battles and regulatory scrutiny. The company has also been criticized for its approach to labor rights, safety, and environmental impact of its manufacturing processes.

The bottom line is that the impact of Tesla on the auto industry has been, for the most part, extremely positive and innovative. Because of Tesla’s electric vehicle advancements like its electric powertrain, advanced battery technology, and the autonomous driving Autopilot feature, other car manufacturers have been forced to get up-to-speed on building their own electric vehicles in order to compete.

It is also important to mention, that outside of the futuristic and exciting possibilities of Tesla’s cars, they are also proven to be better for the environment. There is much to be learned when it comes to the impact of Tesla’s business model and the way the company has learned to market, sell and maintain their vehicles. When you’re ready to buy a Tesla, take all that we’ve discussed into consideration. 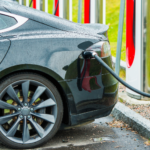 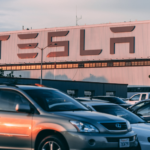 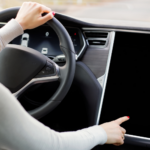 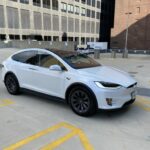 Tesla’s Battery Technology and Why It Matters

Tesla For Sale
Tesla’s battery technology is revolutionizing the way we think about and use electric vehicles. With longer ranges, faster...
Read more

Tesla's Autopilot Feature: What You Need to Know

Tesla For Sale
Tesla’s Autopilot feature is an advanced driver assistance system that assists drivers in controlling, navigating, and monitoring their...
Read more

Tesla For Sale
If you’re in the market for a Tesla, you may be wondering where to start your search. After...
Read more