Tesla Cybertruck: What’s All the Hype

The Tesla Cybertruck is an all-electric light-duty truck designed by Tesla to replace fossil fuel-consuming trucks in the near future. It is considered to be the second major venture of the Tesla company after the S, X, 3, and Y series vehicles.

The Purpose Behind the Manufacturing of the Cybertruck

Elon Musk and Tesla have been known to bring new ideas and innovations to the automobile industry. With the decrease in the total amount of fossil fuels in the world, more and more people are raising their voices to find new alternatives to fossil fuels.

The concept behind designing and production of the Tesla Cybertruck is to make a light-duty truck that can perform duties with the consumption of a clean form of energy, that is, electricity. A research study has indicated that more than 6000 fossil fuel-consuming trucks in the US.

The number of greenhouse gases that they produce can be significantly decreased if they are replaced by electric trucks; thus, the environment can be saved from their harmful effects.

Design of the Tesla Cybertruck

The design of the Tesla Cyber Truck is quite different from the existing vehicles. It looks like something that has come back from the future. At the announcement ceremony, the CEO of Tesla, Elon Musk, revealed that the design of the Truck is partly inspired by the vehicles from the movie Bladerunner.

The strength and endurance of the Truck’s exterior help to prevent dent formation, prevent long-term deformities and corrosion problems due to the monochrome technology. It acts as a barrier or protection for you and your family.

The well-built and indestructible glass with the composite polymer can bear excessive force and avoid the damage that would otherwise occur to the simple glass used in the ordinary trucks that use fossil fuels for the operation.

When the interior of the car was revealed in November 2019, it was found that the company had made special efforts to make it as modern as possible. A 17 inches LCD, along with the unique arrangement of seats for up to 6 passengers, has made it a beautiful design.

The digital rear-view camera-based mirror, a steering yoke that resembles that of a race car, and a marble surface resembling a dashboard have further improved the interior of the vehicle. The rear seat can be folded to accommodate any cargo that extends from the vault into the cab.

Top 6 Features of the Tesla Cybertruck

There are many features of the Tesla Cybertruck that make it one of the most anticipated vehicles of the company.

Some of the essential features of the Truck are as follow:

The Tesla Cyber Truck has the ability to carry a payload of 3500 pounds. This capacity is due to the advanced adjustable air suspension system. It is said to be the most robust machine built by Tesla. The storage is lockable, and there is a tonneau cover that has the strength to stand on.

Driving and doing work with a truck is never an easy job. There are many problems that can stop you from performing your duties. A malfunctioning tire or engine problems can be severe issues.

Tesla Cyber Truck provides you with ample space for storing tool boxes, tires, and cyber quads. The 100 cubic feet of lockable storage also include the under-bed, frunk, and sail pillars.

You can also put your work equipment on without having to think about damage to the engine of your car. It is crucial because the load-carrying capacity is offered by Tesla using electricity which is an achievement in itself.

The Tesla Cyber Truck can pull an extreme amount of weight. It is vital for performing pulling and towing activities. According to the official Tesla claims, the Truck has the potential to pull a load of 14000 pounds.

The strength and endurance of the Truck are helpful for a number of different duties.

The suspension can be lowered or raised four inches in any direction for easy and quick access to the cyber Truck or its vault.

Many experts are of the view that the Tesla Cyber Truck is going to be the most multi-tasking truck that has ever been built.

The Tesla Cyber Truck has the ability to adapt itself to different situations due to the onboard power and compressed air systems. 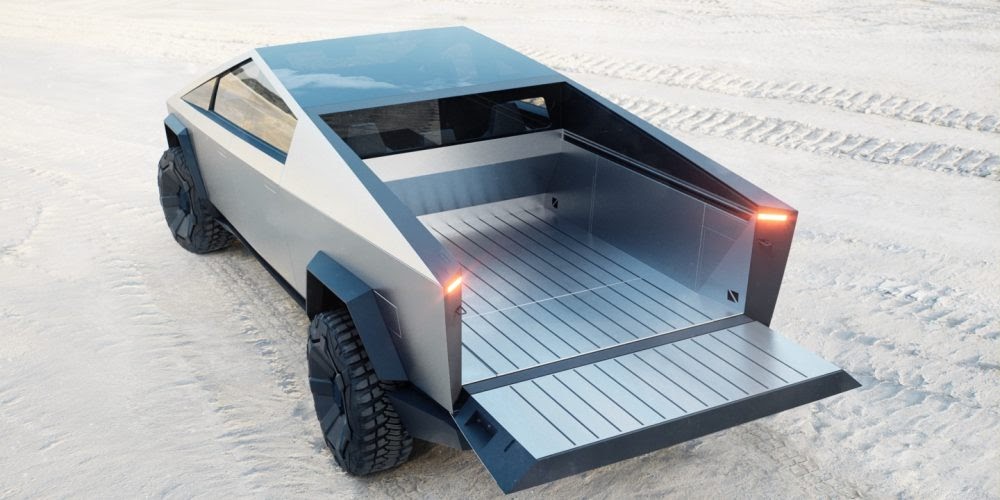 These advanced systems have made this Truck the most desirable machine for heavy-duty workers. If it somehow meets the expectations of the people, it will totally change the dimension of heavy work performance and duty.

The Tesla Cyber Truck has been designed with a particular focus on keeping the machine as efficient as possible. While announcing the Truck’s production, Elon Musk said that this would start a new era of strength, acceleration, and maneuverability.

The powerful machinery and low center of gravity provide exceptional stability to the vehicle.

The advanced technologies have made the Truck able to accelerate from 0 to 60 miles per hour in as little as 3 seconds.

Unveiling of the Tesla Cybertruck

Tesla Cyber Truck was unveiled at the tesla digital studio in November 2019. In the unveiling event, claims were made by the Tesla officials that the mirror used for making the window of the Truck was unbreakable. However, the claims were later found to be not based on the facts.

At the presentation ceremony, the other vital features of the trucks were also discussed.

The news of the launch of the light-duty Truck by Tesla was taken very positively by the customers. According to the CEO of the company, the company received more than 150000 pre-orders two days after the announcement.

Many social media users were not satisfied with the futuristic design of the Truck, and some even called it something that is aesthetically not pleasing. Some of the experts were also not pleased with the claims made by Tesla about the strength and endurance of the Truck. They said that the claims were not based on fact but were wild dreams like so many other claims of Elon Musk.

Production of the Trucks

Elon Musk, in march 2020, revealed that the Tesla Cybertruck would not be built in the existing manufacturing units of Tesla. He further added that special arrangements would be made to make this venture a successful one. He also hinted that the production site of the Truck would be located in the central US.

Electrek.com reported in May 2020 that the plant for the manufacture of the Tesla Cybertruck would be built in Austin, USA. In July 2020, the company officially announced that they are establishing a Gigafactory in Austin for manufacturing the trucks.

Tesla officials later revealed that the Gigafactory would manufacture Cybertruck and Model 3, Model Y, and Tesla semi at the Austin plant.

Manufacturing Plant Outside the US?

Tesla is planning to make small size trucks for the European market in the near future. And it is very much likely that the company may establish a manufacturing plant outside the US to meet the increasing demand of the Truck.

To cover the south Asian market of China, Tesla is planning to establish a manufacturing plant in Shanghai. It will not only increase the existing ability of the company.

Just like any other major launch of the company, Tesla Cybertruck is highly anticipated by critics and users alike. The features and facilities that the Truck offers are something that has caught the eyes of everybody. The previous achievements of the company and out-of-the-box ideas of Elon Musk have pushed the people to have high expectations from the Truck. No matter whether anybody expects it or not, Tesla is a giant that believes in delivering quality products.

Be the first to be notified once the first used Cybertruck for sale goes live on our website. 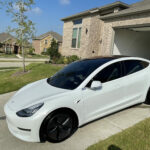 Teslas.Forsale: The Ultimate Guide To Selling Your Tesla Read more 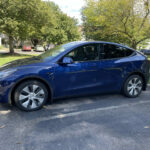 How To Get The Best Price For Your Tesla Read more 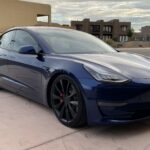 Teslas for Sale: Why Used Teslas Are a Smart Buy Read more
Read All Posts

Why Now Is The Time To Sell Your Used Tesla

Tesla For Sale
Are you a Tesla car enthusiast looking for a way to sell your old model so you can...
Read more

How To Get The Best Price For Your Tesla

Tesla For Sale
Thinking about “How To Get The Best Price For Your Tesla?” While financial difficulties are inconvenient, your Tesla...
Read more

Teslas for Sale: Why Used Teslas Are a Smart Buy

Tesla For Sale
Are you in the market for a used Tesla? If so, you’re in luck! Tesla’s are hot items...
Read more

Tesla For Sale
Tesla has always been different. They tend to push the boundaries with everything they do, from car design...
Read more